Never Miss Out On The Latest Travel Tips Again!
Home Abroad Travel Popular Foods in Italy: The 10 Dishes (& Drinks) You Must Try
1Like
Share

Yes, Italian food is an absolute dream, and there are certain popular foods in Italy you just can’t leave without trying! Trying to replicate the feeling my taste buds and body had in Italy by dining at Stateside Italian restaurants has only left me unsatisfied and checking flight prices to hop my ass on a plane back to Europe.

A lot of these dishes contained ingredients that I don’t normally care to eat, but if there’s a time to be adventurous with your appetite, it’s during travel. I had so much amazing food on my Italian vacation. Here’s a list of some of the popular foods in Italy you must try for yourself! Ready to indulge?

This pasta dish’s main components are egg, cheese, pancetta, black pepper, olive oil, and garlic. My Couchsurfing host made this dish for me the first night I arrived in Rome. I’m not normally too into bacon, pancetta, or really, pork at all, but it is very evident that this makes the dish. The pasta was also tossed in grease from the pancetta for even more flavor. This dish is very popular in Italy, especially Rome.

If you’re unfamiliar, calamari is squid— another food I’m not normally fond of. Living in America, I never even thought of the possibility of calamari being grilled. I’ve only ever seen it fried. And honestly, the few times I’ve tried it, I did not like it at all.

A friend I was at L’isola Ristorante in Rome with encouraged me to try the dish. It didn’t even look like calamari I’d seen. It was served whole instead of cut into rings. Had he not told me, I would’ve never guessed I was being served calamari. Being in a new place, I figured when in Rome (literally), so I squeezed some lemon juice on it and gave it a try, and oh my gosh! It was beyond good.

I’m hoping this popular food in Italy, finds a way to become popular over here in the states. After years of searching I finally just found an amazing restaurant in Florida called Pias in Gulfport that serves it this way!

Okay, duh. But you can’t just try it once here. There are nearly 10 different styles— don’t you think it’s only right you try them all to determine which you like best?

When going to a pizza place in Rome that only sold whole pizzas, I was a little concerned. However, the pizza here was so extremely thin that if you folded it up, it’d pretty much equate to a slice! And they don’t skimp on the toppings here.

I got a pizza near the Trevi Fountain at Piccolo Buco that was really thin in the middle, but had a really bubbly crust (this kind was my favorite!). Moral of the story: don’t just try one slice of pizza here and think you’ve had all Italy has to offer. You’re just gettin’ started.

Cacio e pepe literally means cheese and pepper. It’s another pasta dish, of course, and it’s so simple, yet so bomb. It’s interesting (maybe it’s just me), but all my life, whenever I’ve made a pasta dish, I like a decent amount of sauce. I don’t want to be able to see the color of the noodles. I want them coated. But Italian pasta dishes are so much lighter when it comes to what’s on the pasta. The ingredients are simple, but the flavor is so good.

Italian ice cream is another given. I’m sure you already know gelato is one of the most popular foods in Italy. I must’ve had a gelato a day while in Italy. There are so many dang flavors!! Each place has its own selection, so don’t be shy about asking to sample before pulling the trigger on a flavor.

Rice pudding and tiramisu seemed to be popular flavors in Italy. Tiramisu I enjoyed, but rice pudding was not my thing. If you’re in Rome, Giolotti is the oldest and most well-known ice cream parlor there and is worth a stop.

Limoncello is an Italian liqueur traditionally served after dinner as a digestivo. It is made from lemon zest, water, alcohol, and sugar. The lemons used to make limoncello aren’t just any lemons, though— they are Sorrento lemons. I had no clue lemons could even get as big as they do in Sorrento— they were literally the size of my head!

You can find limoncello anywhere in Italy, but if you go to Sorrento, you absolutely have to visit Limonoro Sorrento! You’re swept away by a couple of lighthearted, playful Italian men the second you walk in. Every time you turn, someone is presenting you with another sample of some sort.

But they give you so many free samples and everything is so good that there’s no way to leave empty-handed. They have beautiful glass bottles for the liqueurs, but if you want to bring some home with you, they also have travel-safe plastic bottle options as well. I definitely brought home a few!

Gnocchi is like little Italian dumplings! Who doesn’t love dumplings? You can dress these guys up whichever way you like! Italian restaurants normally know what they’re doing, but if the dumplings come with a rich cheese sauce and you prefer a tomato-based sauce or want something lighter (like butter and herbs, for example), then request it— they are typically very accommodating.

No matter what sauce you enjoy, I am sure it’s going to taste delicious on these little guys.

I am going to give you very specific instructions for this one. If you are staying in Florence, there is a half-day tour you can do which includes a sunset in Siena and Chianti dinner in Tuscany. (I won’t go into detail about the tour here, but just know there are a lot of really good tours that go out of Florence.) Siena was lovely, but by far the best part of the tour was Chianti.

We were served many delicacies at Tenuta Torciano, one of them being their homemade, family-recipe lasagna. It contained veal, which almost made me order the vegetarian option, but I hadn’t yet had lasagna in Italy, and I thought I could possibly pick around it. To clarify, I couldn’t. But I didn’t need to.

It was the best lasagna my mouth has ever tasted. I was in shock how good it was. I didn’t think it could get any better, but after one bite, they came around and poured truffle oil on top of it. Y’ALL!!! After coming home, I tried to replicate the recipe (minus the veal), but I failed miserably. If you get the chance to explore this vineyard, make sure you include dinner with the tour!

I honestly don’t know if I would expect lasagna to be on my list of popular foods in Italy normally, but after this experience it had to be.

If you’re a coffee lover like me, then it only makes sense that you snag a cappuccino in the country it was invented in! While non-flavored coffee drinks have never quite been my thing, after getting multiple blank, confused stares when asking what flavors places had for their cappuccinos, I decided it was time to get with the Italian program.

Because of the way that Italians craft their coffee and the pride they take in it, I can understand why they want it to be unadulterated by artificial flavors. Many places top it with some cocoa powder and bring you some white and brown sugar as well. I personally enjoyed adding a little bit of brown sugar to mine! As a bonus, some places even give you little cookies or treats when you order a cappuccino! 🙂

Duh, right? It’s only one of Italy’s major food groups. Prior to visiting Italy, I was a little put off by wine. I seemed to get the worst headaches every time I drank it. When traveling through Italy, they didn’t have many liquor options, so it was pretty much wine, beer, or limoncello, so I went with wine. And ya know what? I didn’t have headaches the next day! (Check out my blog post on other surprising things I discovered during my Europe travels.)

So, I know what you may be thinking: “Oh, because they don’t have sulfites in their wine!”

I actually thought that too, but in doing a little research, it turns out sulfites are actually a natural byproduct of winemaking. In Italy, it doesn’t state on the bottles “contains sulfites,” because they are not required to (in the US, however, we are).

Some winemakers do add more than the naturally occurring in order to help preserve the wine. While there still seems to be some controversy on what the cause of headaches in American wine and lack thereof in European versions are, most are in agreement that sulfites are not the culprit. If you’re a real wino, you may be interested in this fun post I found that debunks some wine myths!

A few tips when trying these dishes in Italy

Make sure when trying these dishes you go off the beaten path. Sometimes, places in the more touristy areas aren’t as authentic as some other options. A general rule is if there’s a menu outside with pictures, it’s probably a tourist trap. Do your research, and if you encounter any locals, don’t be shy to ask for recommendations!

One of the best pastas I had was at a spot called Pastificio Guerra, which is in a somewhat touristy area near the Spanish Steps in Rome. Each day, they have two different pasta options. You pay $5 for a container full of pasta, and it is truly authentic Italian and so good. There aren’t any places to sit in or outside of the place— ya just grab and go. I ate mine while exploring.

Anywho, the point is you can find some good places in touristy areas. Just do your research, and know the signs of a restaurant being a tourist trap.

Did I leave out a favorite dish you’ve had in Italy? Tell me what I need to try next time I visit! And be sure to follow me on Insta @guidedbydestiny for more travel inspiration 🙂 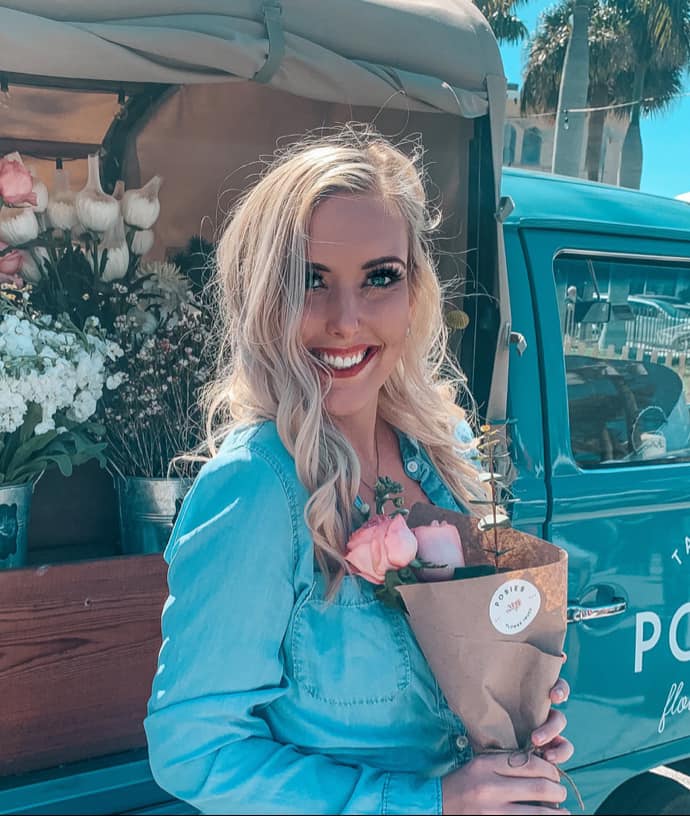